Wednesday? It must be The Lakes....

On Tuesday I fitted a new pump and filter unit to the aquarium, the old one had finally given up the ghost!  On my way to bed I checked to make sure that all was well and discovered to my horror that the tank had developed a major leak.  Midnight passed as The Children's Mother helped transfer the fish, pump, heater et-al to a spare tank!


We had decided to go to the Lakes on Wednesday and duly dropped the old dog off at my Mother's and collected her terrier, he loves going mountaineering!  On the journey we crossed the North Pennines via a tiny road where coincidently, many years ago my car ended upside down in a stream some fifty feet below the road.  I have driven that road very gingerly ever since....! 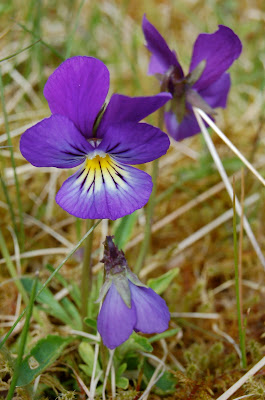 At the highest point of this wild road we found large clumps of violas, how they came to be there is anyone's guess but they were obviously thriving in the extreme conditions. 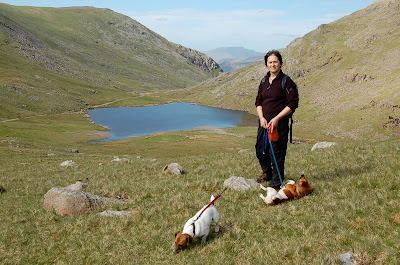 The vague object of the trip was Styhead Tarn just below Scafell Pike, anything else was dependant upon our degree of exhaustion!  We are both dreadfully unfit but it was really good to be at the Tarn again, the first time I have been since 1978 I think. 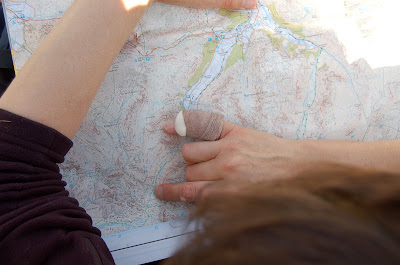 The Children's Mother's injured finger is making good progress and proved invaluable for weighing down the map......
A few minutes after these pictures were taken, a passer by told us about the shootings just a few short miles away between Whitehaven and the peaceful village of Boot.  A moment of extreme contrast, such a beautiful setting and such violent and tragic news......we did not learn of the scale of events till later.
Our thoughts passed to all those involved.