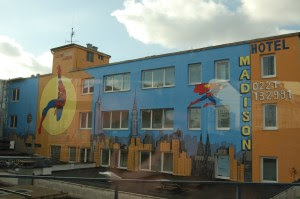 We went back to Köln as we had a mission!
Just as you enter The Hautbannhoff, there is this mural painted on the wall of a hotel.  As you can see, Batman and Robin are protecting Gotham City! 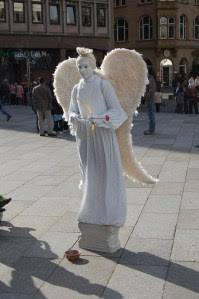 Outside the Dom today there was an Angel, Charlie Chaplin, a Centurion and a King!  The Angel was the best. 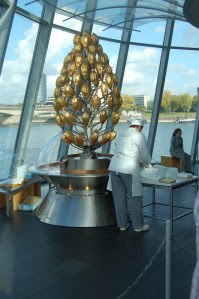 The object of today´s mission was the Lindt Chocolate Museum, A suprise choice by No1!

Inside was the biggest Chocolate Fountain I have ever seen and No1 had to be physicaly restrained! 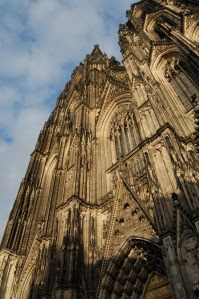 Lunch outdoors in one of the many squares,  at the end of October, wonderfull!  Then a little window shopping and back to the Dom and the station and the train home.  This vast face of the Dom represents about two thirds of it´s overall height.  I have tried several times to get a picture of the whole building, but it is just too vast for my lenses.
Posted by Jon Storey at 20:30